17,000 HOMES BOUGHT UNDER HELP TO BUY SCHEME More than 17,000 homes were bought under the government's Help to Buy scheme in its first nine months, figures have revealed. 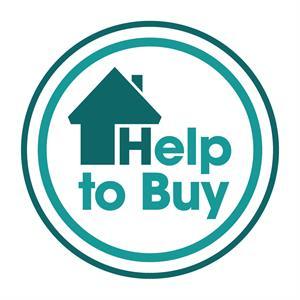 Prime Minister David Cameron said the scheme, which is made up of two parts, was a key strand of the government's long-term economic plan.

'Help to Buy is a key part of our long term economic plan, giving thousands more people the security and independence that comes from owning their own home.

” According to the government's own figures, 77% of homes bought under the scheme as a whole were outside London and the South East.

And the average value of a property bought through the initiative was £194,992.

There are two parts to the Help to Buy scheme - the equity loan and the mortgage guarantee.

With the equity loan, which was launched in England in April last year, in Scotland in September, and in Wales in January 2014, buyers can put down a deposit of just 5%.

This has to be on a new build, and it enables them to take out a mortgage of up to 75% of the property's value.

The difference is made up with an equity loan of up to 20% from the government.

The mortgage guarantee, which began across the UK last October and will run until the end of 2016, offers a government guarantee against losses for lenders who are prepared to offer mortgages to people with only a small deposit.

The government says that sales of newly-built homes have jumped 29% since April last year thanks, for the most part, to its Help to Buy (HTB) scheme which encourages new house building.

While some construction firms and a report by the investment bank Morgan Stanley will support that analysis, it's very difficult to prove.

After all who's to say that as the economy started recovering last spring, that builders wouldn't have ramped up their house building anyway - with or without HTB.

But the biggest "phew" for the government will be its findings that the vast majority of people using its HTB schemes are first-time buyers and outside London.

Had it been the opposite, the defence of the second part of the scheme (where the government acts as guarantor of part of the mortgage) would become untenable.

Not that a property bubble is not in the making.

Another year of double digit price rises could force the Bank of England to step in and deflate - just as the government hopes to get re-elected.

Almost 15,000 of the 17,395 homes bought through Help to Buy were done so with the equity loan, the figures revealed.

Use of the equity loan was at its highest in south-east England, while the highest number of people buying a home through the mortgage guarantee was in Scotland and north-west England.

Mr Cameron hailed the scheme, saying: "Help to Buy is a key part of our long-term economic plan, giving thousands more people the security and independence that comes from owning their own home.