Why Live in York?

York is widely recognised as one of the most beautiful parts of the country and is often voted one of the most popular places to live. If you’re still unsure about your decision to move to York, take a read of our guide which explains our top 10 reasons why York is such a fantastic place to be.

Read Our Guide Below 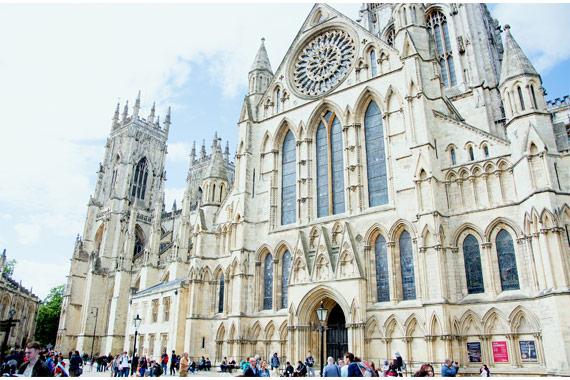 1. A beautiful environment to live in

The city of York is incredibly historic and is renowned for its beautiful architecture. York Minster sits in the heart of the city drawing thousands of visitors a year. Much of the city is car free creating a safer, less busy, less noisy and less polluted city centre which can be enjoyed in peace and comfort.

The urban area of the city has a population of around 150,000 which makes it big enough to feel cosmopolitan but small enough not to be overwhelming.

It is a friendly place you can settle into quickly, but it still feels fresh and exciting once you get to know it well.

The city hosts a vast array of attractions and beauty spots starting with the 2.5 miles of medieval walls which encircle the city. The history of the city is captured by some of the most popular visitor attractions in the UK; Jorvik Viking Centre, the National Railway Museum and The York Dungeon. Other highlights include Clifford's Tower, the York Castle Museum, the York Art Gallery, the Yorkshire Museum, York's Chocolate Story ... the list goes on and on and on!

York is home to more than 2,000 stores. The city centre is compact, with many of the shops set in York's medieval and Georgian streets, and it is perhaps most famous for its specialist and independent stores, antiques shops and designer boutiques.

York has an incredible range of restaurants, suiting all tastes and budgets. York is also renowned for its thriving and elegant cafe culture and for its multitude of friendly pubs, bars and lounges. According to legend, there are 365 pubs in York, one for every day of the year!

York has a colourful, varied and vibrant nightlife which offers something for everyone, ranging from real-ale pubs to clubs. Key venues include the York Barbican, The Duchess, Fibbers, Stereo and The Basement.

York has two main theatres offering drama, musicals, opera, dance and comedy – the York Theatre Royal, which was established in 1744, and the Grand Opera House. There is also the Friargate Theatre and the Joseph Rowntree Theatre.

Unemployment is generally low in York compared to the rest of the UK. York's economy is based in the service industry, including public sector employment, health, education, tourism, IT and finance.

Tourism is an important element for the local economy, with all the incredible tourist attractions that York has to offer, as well as the wide range of events that take place in York throughout the year.

Technology and science is also an important part of the local economy, with York being a founding National Science City with a science park being created near the University of York. York gained 80 new technology companies in the decade between 1998 and 2008.

York is one of Britain's best-connected cities . It is served well by long distance trunk roads. Leading to and from York are the A59 Liverpool to York road, the A64 Leeds to Scarborough road, the A19 Doncaster to Tyneside road, and the A1079 York to Hull road.

A 10 mile journey down the A64 takes you to the A1(M) motorway and the M1 motorway. Also nearby is the M62 transpennine motorway which will take you to Manchester and Liverpool.

York is also a major railway centre. It is a principal stop on the East Coast Main Line, and the stop is halfway between London and Edinburgh. You can reach London King's Cross in less than two hours, and there are around 25 direct trains each day.

Leeds Bradford Airport is nearby and provides easy access to most major European airports as well as North Africa, New York and Pakistan. Manchester Airport is approximately two hours away from York and is the principle airport for the north of England, with flights to Europe, America, Asia and Africa. Ferries go from nearby Hull.

The city boasts two universities. The University of York opened in 1963 and has become one of the world’s leading universities joining the Russel Group in 2012.

York also has a branch of the University of Law.

We hope that this guide has given you a flavour of why York is such a wonderful place to live, but if you would like to know more then please give us a call on 01904 650650 and we'll be happy to chat with you. Alternatively, nothing beats seeing the city for yourself, so why not come and see York for yourself and experience why it is such a great place to live!