Home > Latest News > BEST MARCH FOR A NUMBER OF YEARS

BEST MARCH FOR A NUMBER OF YEARS

BEST MARCH FOR A NUMBER OF YEARS Interest in the housing market edged up in March according to a new survey. 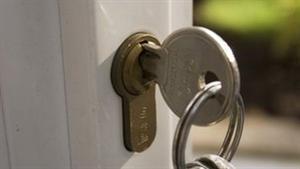 The Royal Institution of Chartered Surveyors (Rics) said that, compared with February, 9% more surveyors reported an increase in inquiries from potential buyers.

Rics said the warmer weather encouraged some potential buyers, while others wanted to snap up properties before a holiday from stamp duty ended.

But prices in all regions except London continued to fall.

However, those falls were modest, with surveyors reporting price falls of up to 2%.

"There has been a gentle increase in activity across the market in the early part of the year but it remains to be seen whether this can continue, given the changes in the Budget and ongoing problems affecting the economy," said Rics' chief economist Simon Rubinsohn.

"London continues to outperform the rest of the UK in terms of prices but, interestingly, the North West did see an increase in activity in March.

"Rics collects most of its data from England and Wales.

Some buyers were been keen to make a purchase before 24 March, the deadline for those wanting to take advantage of a holiday from 1% stamp duty on houses costing less than £250,000.

The stamp duty tax band is being reintroduced because Chancellor George Osborne believes the holiday has been ineffective in encouraging more people to buy a home.

Instead, the government is introducing other incentives to persuade lenders to offer loans to potential buyers   Share on social media