Crying Woolf Ben Hudson of Hudson Moody assesses the autumn property market and the aftermath of the Scottish referendumEstate agents are always urging people to sell their houses for one reason or another. 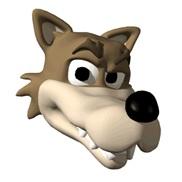 Well they would, wouldn’t they? Selling houses is what they do.

But sometimes it really, really is better to sell sooner rather than later - and that time might well be now.

The people at Tesco will tell you that.

And we seem to be entering a far more uncertain and delicately poised property market.

The Scottish referendum highlighted this.

In the last month or so of the campaign – and especially in the last few weeks - the English and Welsh property markets slowed noticeably.

If a vote in Scotland can do this just think what a general election across the entire UK will do.

Our next election is seven months away.

Now the rumblings of a Mansion Tax are getting louder with the Labour party seemingly making this an election pledge.

Quite what this will do to the higher end of the property market is uncertain.

But it is not hard to imagine that it could put some downward pressure on this sector.

Will this in turn also have a knock-on effect in the middle-market?Added to this pressure is the increasing number of people in the middle to upper end of the market who are downsizing - either to relocate to somewhere smaller and more manageable or to release capital for deposit-strapped offspring or even grand-offspring.

So to all those who may be waiting until next year before going to the market - or those on the market now who imagine they are not in a hurry to sell – you may all be in more of a hurry than you think.