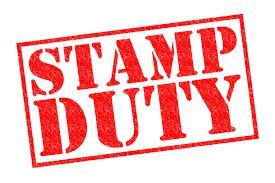 In a national survey conducted amongst its members, Relocation Agent Network found 74% of respondents indicated that the proposed increase in Stamp Duty on purchases of second residential properties, may impact their local property market.

When asked to elaborate on what kind of impact this will have, two thirds suggested that the number of buyers entering the market may decrease.

However, the government has stated that it estimates around 90% of residential property transactions in England, Wales and Northern Ireland will not pay the higher rates of SDLT.

Impact on RentalsThe national network of independent estate agents also asked its members whether they anticipate a rise in rental rates in the long term, because of the added Stamp Duty cost to landlords.

The most significant trend that Relocation Agent Network members anticipate from the proposed increase in Stamp Duty rates on purchases of second properties, is the ‘decline in available rental properties’.

Indeed nearly half (45%) of respondents indicated so.

This would appear to be due to the increased Stamp Duty costs deterring both prospective buy-to-let investors from entering the market and current landlords from purchasing additional rental properties.

This consultation closed on 1 February 2016.

It is proposed that the higher rates, which will apply from 1 April 2016, will be three percentage points above the current SDLT rates and will be charged on the portion of the value of the property that falls into each band.

Ben Hudson from Hudson Moody, the member of Relocation Agent Network in York said, “Although we expect these new measures will have some impact on the market, we do not think they will be too significant for the majority of buyers and sellers.

If you have a property to sell, contact us today.

We’re Relocation Agent Network’s appointed Local Expert for York which means we have access to out of town buyers moving into the area.