Home > Latest News > Market Brief: A busy start to 2017 as property in York continues to be in high demand

Market Brief: A busy start to 2017 as property in York continues to be in high demand

Market Brief: A busy start to 2017 as property in York continues to be in high demand We finished 2016 as busy as we started it; with property purchases rushed through before changes to the buy to let taxation and the additional 3% stamp duty came into effect. 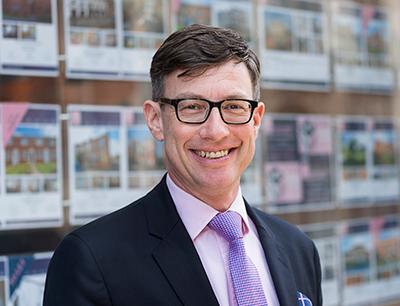 The EU referendum and the subsequent Brexit result knocked market confidence initially, whilst buyers sat on their hands and played a wait and see game.

However as each month went by, confidence seemed to return as potential purchasers realised that life carries on.

Interest rates are at a historic low and Brexit is likely to take years to finalise so this should continue to fuel confidence.

Now, as we embark on 2017,  there is continued positivity and we have seen a big increase in Valuations and applicants registering to buy.

There remains a shortage of property on the market in York and as outlined in the Times 'Bricks and Mortar' supplement last week.

Bishopthorpe Road was highlighted as one of their 10 top areas likely to see price increase in 2017.

There are a number of smaller developments coming forward but there are not nearly the quantity being built, in the near future, to fill demand so we are once again expecting to see price rises in York.

The outlying villages have been a little slower to take off but there are now signs of the ‘ripple effect’ reaching the local markets and things are getting busier as we head towards the end of the month.

Now is a great time to sell before the market becomes too saturated: the infamous Spring Market, for which many vendors wait, not being too far away.

The rental market is another area which is considerably under supplied and almost all properties are rented in the first few weeks of marketing.

There will obviously be events which come to the fore in 2017, Trumps new presidency, Article 50, the possibility of a general election to once again unsettle the market but demand to live in York continues to rise and it remains an extremely popular place to live.