MORTGAGE LENDING REBOUNDS BY 21% IN MARCH

MORTGAGE LENDING REBOUNDS BY 21% IN MARCH Mortgage lending rebounded in March when the amount lent in home loans rose by 21% compared with the previous month, lenders have said. 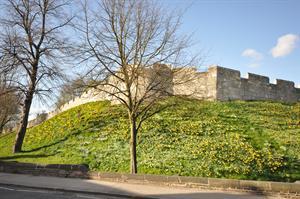 However the pick-up came after a lull in lending for home loans at the start of the year, the Council of Mortgage Lenders (CML) figures show.

There was a 2% drop in gross mortgage lending compared with March 2010, the CML said.

A trend of remortgaging in recent months has continued, it added.

3bn in March, the CML said.

However, the big month-on-month rise was the result of particularly low lending of £9.

A three-month on three-month comparison shows that gross lending for the first quarter of 2011 was £30.

"The housing market has emerged hesitantly from hibernation.

Household finances are under a lot of pressure, and as a result demand for house purchase loans fell in the first three months of 2011," said CML chief economist Bob Pannell.

He said that lenders expected mortgages to become more available in the coming months, and this could help to underpin house-buying activity, although still at low levels.