MORTGAGE MARKET SHOWS SIGNS OF LIFE The mortgage market showed "welcome signs of life" in August, according to lenders, although it remained far from signalling a housing boom. 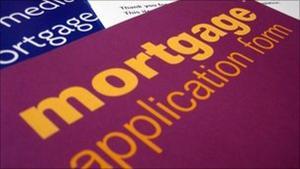 Some 52,000 home loans were advanced for house purchases, up 7% on July, the Council of Mortgage Lenders (CML) said.

There was also a rise in the amount of remortgaging, the figures showed.

But the CML echoed a separate survey of surveyors claiming that the fears over UK and European economies were knocking confidence in the housing market.

The Royal Institution of Chartered Surveyors (Rics) said that fewer homeowners were putting their properties up for sale owing to fragile consumer confidence.

3% lower in August compared with a year earlier, according to the government's own house price survey.

Homes rose in value by 0.

6% compared with July, with the average property valued at £208,476, the Department for Communities and Local Government (DCLG) said.

3% Source: DCLG house price index, August 2011House price surveys explained However, there have been signs that sales funded by mortgage borrowing could pick up this autumn.

The Bank of England recently said that mortgage approvals were at their highest monthly level since December 2009.

Now, the CML has recorded a rise in the number of loans being taken out in August.

"Even though it is impossible to ignore the knocks to confidence emanating from the eurozone, August lending showed welcome signs of life," said Paul Smee, director general of the CML.

The number and value of remortgaging rose by more than 30% compared with a year earlier, as owners took advantage of the low mortgage rates on offer, the CML added.

Predictions Prices have yet to show any signs of changing as a result of greater interest from buyers and sellers.

"Talk of a recovery risks sounding rather premature.

Average prices still have some way to go to regain the levels of a year ago," said Peter Maskell, director of the Sussex-based estate agents Brock Taylor.

The DCLG survey showed that prices had fallen by 0.

3% in Northern Ireland compared with a year ago.