NUMBER OF MORTGAGE DEALS INCREASES Mortgage availability for homebuyers has improved over the past month, according to figures from the financial information service Moneyfacts. 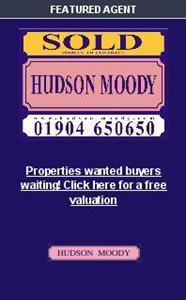 At the start of March there were 1,798 mortgage deals available which required deposits of between 0% and 40%.

That was 6% more availability than a month ago and 68% more than a year ago.

There are still very few mortgages available with just 0% or 5% deposits, but there are now 489 deals that ask for 10% or 15% down-payments.

That is 90% more than a year ago when there were just 258 such loans on the market.

"There are a growing number of mortgage providers who are becoming a little more accommodating with their credit criteria and this bodes well for consumers who will benefit from a growing competitive mortgage market," said Michelle Slade of Moneyfacts.

"It is pleasing to see that the average mortgage rate is falling at the same time as deposit requirements are getting smaller," she added.

Lower ratesAmong the lenders to cut the interest rates across their mortgage ranges in recent weeks have been Lloyds, RBS, Cheltenham & Gloucester, Northern Rock and Alliance & Leicester.

Some lenders have improved their offerings over 75% LTV, which is down to the consideration that it is more commercially viable - the risk is that much lessRay Boulger, John Charcol mortgage brokers The cuts have been between 0.

In another indication of more relaxed lending, RBS has raised its maximum advance for first time buyers from £150,000 to £300,000.

"The biggest reductions in interest rates have tended to be at the highest loan-to-value (LTV) levels, at 85% in particular," said Ray Boulger of mortgage brokers John Charcol.

"It tells us partly that lenders have more money to lend," he added.

House prices have risen in the UK over the past year, which means that lenders are again lending against appreciating assets and not ones that are going down in value.

"Increasingly in the last few weeks, some lenders have improved their offerings over 75% LTV, which is down to the consideration that it is more commercially viable - the risk is that much less," said Mr Boulger.

Despite the recent trends, the proportion of new mortgage deals that require a deposit of at least 25% is still very high - 57% compared to 65% in March 2009.

Back in August 2007, just before on the onset of the credit crunch, only 16% of the deals on offer asked for such large down payments.