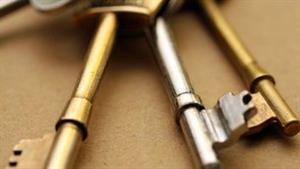 The figures show little evidence of any rush by first-time buyers to beat the reintroduction of stamp duty on 24 March on homes worth £250,000 or less.

But they chime with other data on mortgage lending which suggests that the market is staging a mild pick-up.

Earlier this week the Council of Mortgage Lenders (CML) said there was evidence of some "buoyancy" in the market.

In January the number of home loans granted to house buyers was 22% higher than a year ago.

Chartered surveyors have reported a slight rise in sales.

Meanwhile house prices have been largely stable in the past few months.