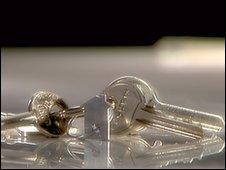 1% compared with the previous month, the Nationwide said.

This left the average price of a home 0.

Prices for the three months to September compared with the previous quarter were unchanged.

Market turmoil as a result of the eurozone debt crisis had hit confidence among buyers, Nationwide said.