Ten things to do in York at the weekend

Ten things to do in York at the weekend York is one of the most popular tourist destinations in the UK, bringing in around £7bn a year from tourism alone. 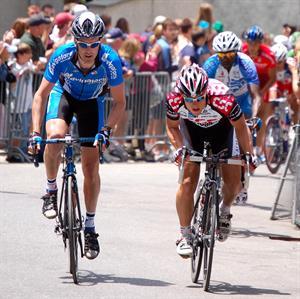 With the announcement that Yorkshire will host the Tour de France Grand Départ in 2014, we take a look at what York has to offer to the thousands of expected visitors.

The walled city of York attracts visitors from far and wide to enjoy its charming cobbled streets and historical buildings.

When the Tour de France hits York on the 6th July, visitors will be able to experience some of the many delights available to residents all year long.

The Shambles Voted the most picturesque street in Britain, The Shambles is lined with wooden-framed shops famous for their medieval charm.

Jorvik Viking Museum York has a vibrant past and has been conquered by Romans, Vikings and Normans.

The Jorvik Viking Centre is an award-winning museum that paints a vivid picture of how York looked, felt and smelt nearly 1000 years ago.

York Maze It’s an amazing maze that’s made of maize! With tractor rides, pig racing and a giant maze, the York Maze is a popular attraction during the school holidays, with events also taking place on Halloween and Bonfire night.

Best of all, it’s free to the public.

Cold War Bunker A hidden gem of York’s past, this blast-proof bunker near Acomb Road is an insightful snapshot of history that shows just how seriously Britain and it’s allies took the nuclear threat of 1960-90’s.

Merchant Adventurers’ Hall Tucked away behind tranquil gardens in the centre of York, the Merchant’s Hall is a must-see, a fine example of 13th century architecture with majestic medieval beams and timber frames.

Richard III Museum With all the recent interest in Richard III, Monk Bar’s dedicated museum can provide a unique insight into the life of Richard III.

The tour provides visitors with all the facts of the king’s alleged crimes and before allowing you to make your own judgement on the short-lived Tudor king.

Visitors can even take a master class with the very best skilled chocolatiers.

York Brewery Tour Yorkshiremen are famous for their love of beer and hop-heads can enjoy a fun guided tour of the Taproom Brewery bar where they can learn all about local brewing processes from a knowledgeable guide, before trying delicious samples of 4-mini pints.