Home > Latest News > The consequences of the EU Referendum result on the York property market ?

The consequences of the EU Referendum result on the York property market ?

The consequences of the EU Referendum result on the York property market ? Following the result of the EU referendum, I think the truthful answer in regard to the effects of Brexit on property is that no-one really knows. 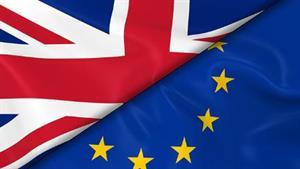 The reality of the situation is that nothing is likely to change for two or three years whilst we negotiate ourselves out of Europe and, in the meantime, Britain remains a strong economy.

There are arguments for property rising and falling in price, the rising argument suggesting that interest rates are likely to fall, thus making it more affordable to borrow money and people will put any money they have into safe havens such as bricks and mortar and gold, thus pushing values up.

There is also the prospect of job losses and uncertainty which will cause prices to fall.

I think the reality of the situation is that prices will neither rise nor fall and we will see a period of stagnation whilst the market determines what is happening.

There has been a huge amount of speculation and scare mongering over the last few months in regard to what will happen when or if we were to leave the EU.

People are generally worried whether they voted to leave or not and we have to expect a quieter summer whilst Government and Opposition re-group in order to understand what is happening.

In the meantime, York remains an incredibly sought after location, there is a lack of housing available to buy and for these two reasons alone I suspect nothing too extreme is likely to happen, which is what we saw in the downturn of 2008.

I think it is important that people, whatever line of work they are in, go to work as normal, work hard and remain positive so we will not all talk ourselves into the recession which has been forecasted.