York: An incredible city in a fantastic location

York: An incredible city in a fantastic location It may surprise you to learn that York is one of the best connected cities in the country, so if you are considering moving to York but are worried that you will not be able to commute to work or visit the rest of the country with ease, then think again! Access by road Don’t forget that York is a very old city, founded by the Romans, it has a very illustrious past, so historically it needed to be easily accessible. 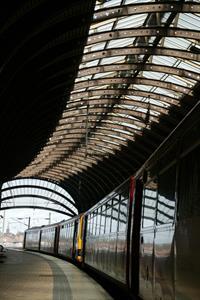 The A1 is the longest number road in the UK, running for 410 miles from London to Edinburgh, going past Peterborough, Doncaster, Leeds, York, Durham, Newcastle-upon-Tyne, to name but a few, largely following the Great North Road.

The M1 starts just south west of York, near Leeds, and goes past Wakefield, Barnsley, Sheffield, Nottingham, Loughborough, Leicester and Northampton, before ending in London.

Running east to west, the M62 is nearby, which runs from Liverpool to Hull, via Manchester and Leeds.

Access by rail Alternatively, if you want to get to London for work, York is a principal stop on the East Coast Mainline, and is half way between London and Edinburgh.

You can get to London King’s Cross in less than two hours by train, and there are plenty of them – around 25 going direct to London each day.

Access by air York is even in a good location for airports – with Leeds Bradford International Airport nearby, providing access to most major European airports, North Africa, New York and Pakistan.

If there isn’t a flight going to favourite holiday destination from there, Manchester Airport, the principle airport for the north of England, is just two hours away on the TransPennine express, and has flights going to Europe, America, Asia and Africa.

But why would you want to travel so far when there is so much to do in and around York? Our recent post considers ten things to do in York at the weekend, but the options are endless! And around York, it isn’t far to the Pennines, the North York Moors and the Yorkshire Dales, which boast some of the most fantastic scenery in the UK.

The seaside towns of Whitby and Scarborough are nearby if you want a day at the beach, countryside, coast, cities, stately homes, theme parks and outdoor pursuit centres are all within easy reach of York.

You can read more about why you should live in York here, but with all this in mind, surely the question has to be why wouldn’t you live in York?! Share on social media