York: Great for Education and Employment

York: Great for Education and Employment If you are considering moving to York, two of the key areas you will probably want to know about if you have children or if you are of working age is what the education facilities are like in York, and what employment opportunities are there in York? Employment Unemployment in York is generally low compared to the rest of the UK. 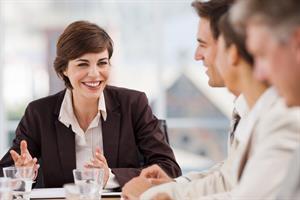 York has moved away from its traditional industries of confectionary and railways in recent decades, and is now very much a service-based economy.

By the year 2000, the service industry was responsible for 88.

7% of employment in York.

The city has gained a large number of new technology companies and jobs in recent years, and is now a founding National Science City, with a science park near the university.

The biggest employer in York is the City of York Council.

Tourism accounts for more than 1 in 10 jobs in York and is an important part of the jobs market.

Offering a wealth of attractions, York was the seventh most visited city in the UK by UK residents in 2009, and the 13th most visited by overseas visitors.

York was voted European Tourism City of the Year by European Cities Marketing in June 2007, beating off competition from 130 other European cities.

It is also worth bearing in mind that York is ideally placed to commute to other major towns and cities, with a number of key roads around it connecting it to Liverpool, Harrogate, Preston, Leeds, Scarborough, Doncaster, Tyneside and Hull, as well as the M1 and A1 roads just ten miles away, and the M62 motorway connecting it to many of the UK’s major cities.

There are also around 25 trains going directly to London from York each day, reaching King’s Cross in less than two hours.

Education The University of York was established in 1963, and in just over fifty years has become one of the top universities in the country, being ranked as one of the top 10 in the UK, and having been described as having a reputation to rival Oxford and Cambridge In 2012, York was invited to join the prestigious Russell Group.

It is among the top 20 universities in Europe.

It is home to more than 30 departments and centres, covering a range of subjects, and a second campus was built in 2009 to extend the university.

The university has eight colleges, with a ninth currently under construction.

A branch of the University of Law is also located in York.

The city also has two further education colleges – York College and Askham Bryan College, 70 local council schools, including 10 secondary schools, with four offering education up to the age of 18, and several private schools.

There is, therefore, a huge amount of choice when it comes to working and learning in York.

To see why else you should live in York, click here to read our guide.